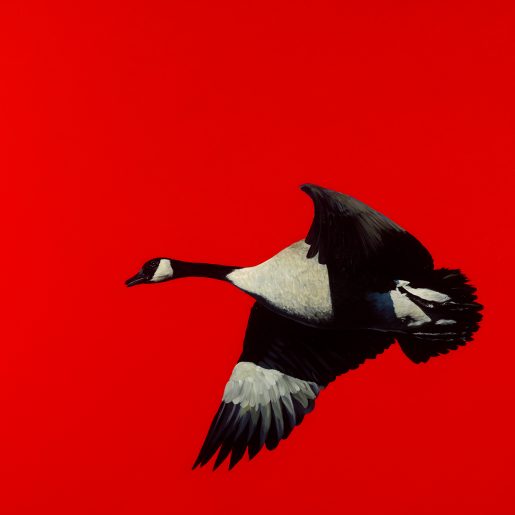 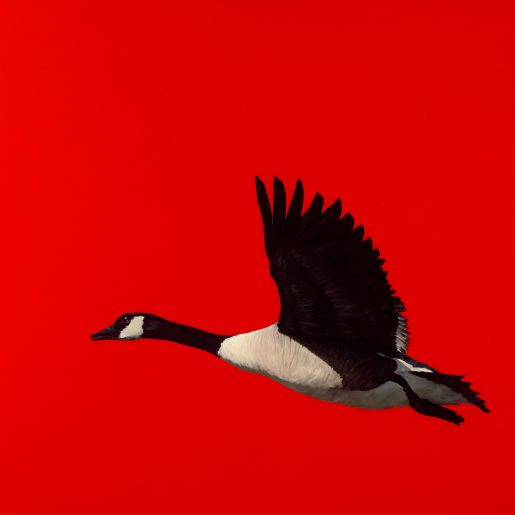 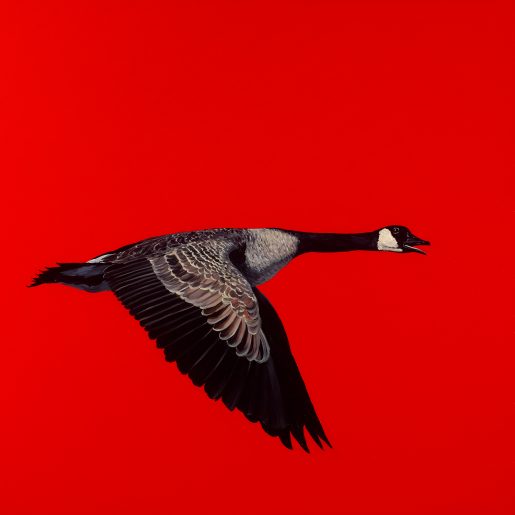 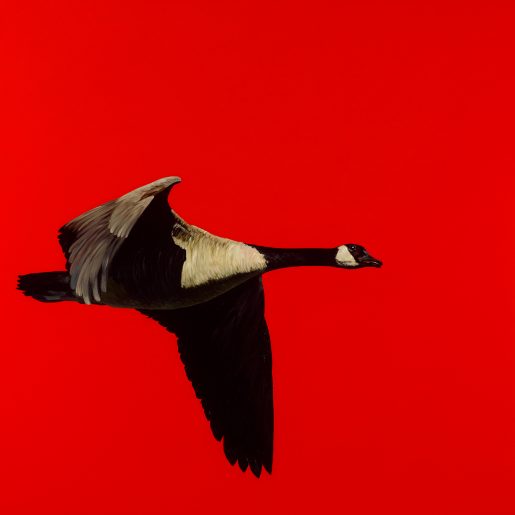 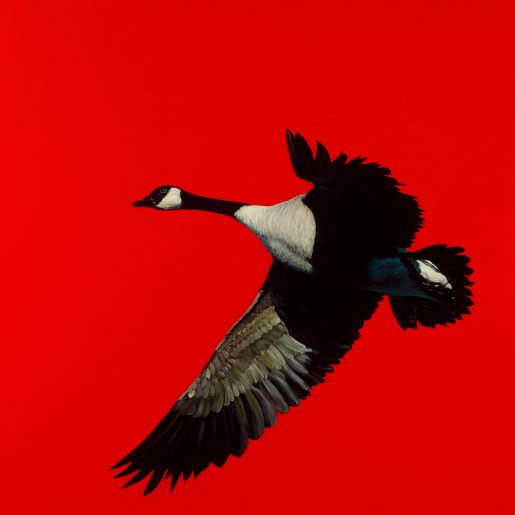 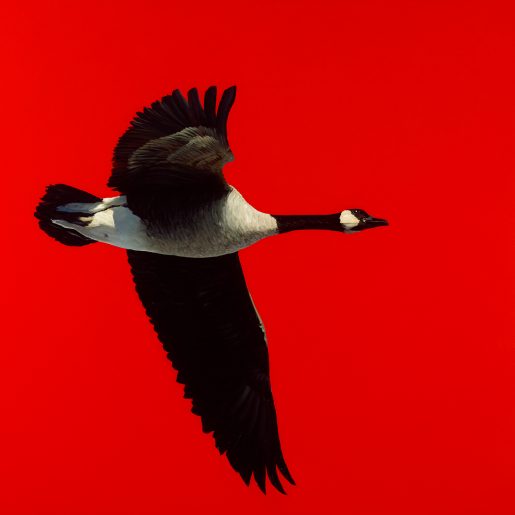 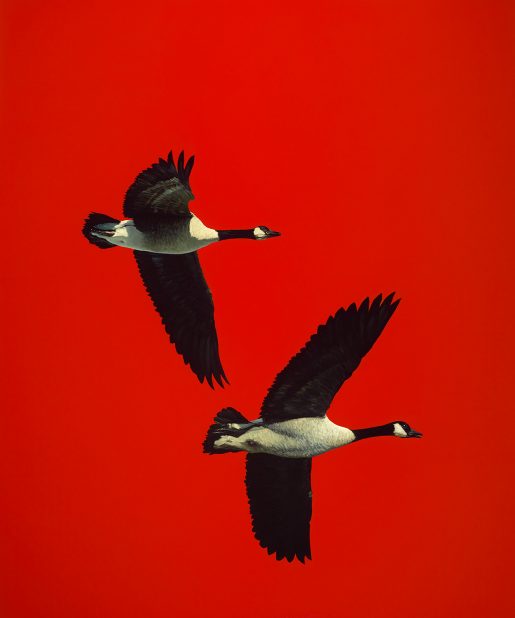 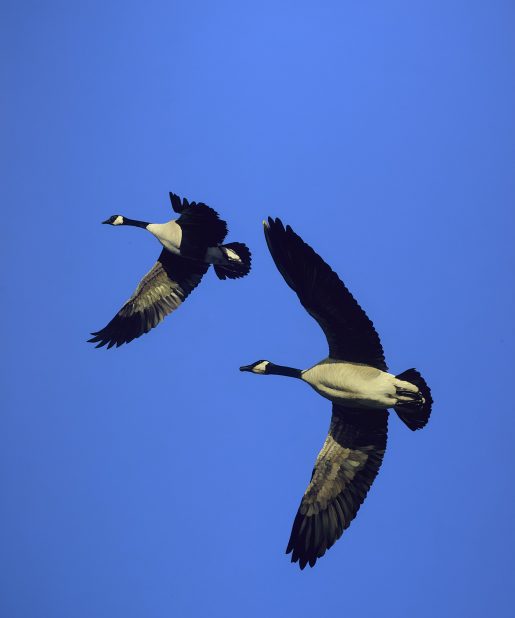 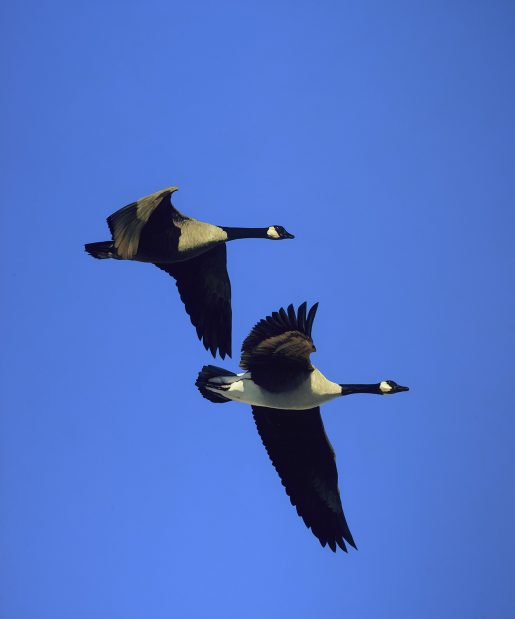 I started this series as an extension to some of the ideas within my project, “Made in Canada”.  I always saw this as a series within a larger project and not as an autonomous exhibition the way the Flags were in 2017. I suspect there will be additional series for “Made in Canada” and perhaps these cumulatively may be worthy of another exhibition.

Growing up, there was a photograph in my house of two hunters and an A-frame of Canada Geese. The two hunters are my Great Grandfather, William Frederick Scarth (“Podge” as he was called) and my Great Uncle, Harold St. Clair Scarth. The photograph was taken in Manitoba and dates from the early 1900’s. (see page 2)

According to my mum, the image was used for a large poster which hung in Bonaventure Station (Montreal) to encourage new arrivals to Canada to migrate West.  As a boy I was fascinated with this photograph, certainly because it was old, that the men were holding shotguns and because the birds were dead.

The very idea of “dead” had obsessed me ever since I had seen Bambi — this animated nightmare caused me to ask my mum (endlessly) about Bambi’s mother dying and what that meant in terms of my own mother. It fucked me up and so did all those dead geese.

Years later I used to hunt grouse in the fall with my oldest friend and his dogs. Sometimes we would follow the dogs out of the bush and onto a field. We would work the hedgerows for grouse while the fields would empty and fill with flocks of Canada Geese. Mesmerised we watched the geese take off and land — not once taking a shot.

They are magnificent creatures and it occurred to me they would be perfect as a second subject for “Made in Canada”. As symbols they are loaded with a history far beyond my own. There is Michael Snow’s “Flight Stop” 1979, perhaps the most beautiful piece of public art in Canada and General Idea’s “Snowbirds” from 1984.  In 1986, I installed General Idea’s “Snowbirds” at the Art Gallery at Harbourfront as part of an exhibition called “How We See What We Say”. “Snowbirds” consisted of 60 bleach bottles installed in flight through the expansive corridor of The Art Gallery at Harbourfront. In a way, this series of paintings are my contribution to those conversations.

I no longer hunt, I doubt I will ever again. 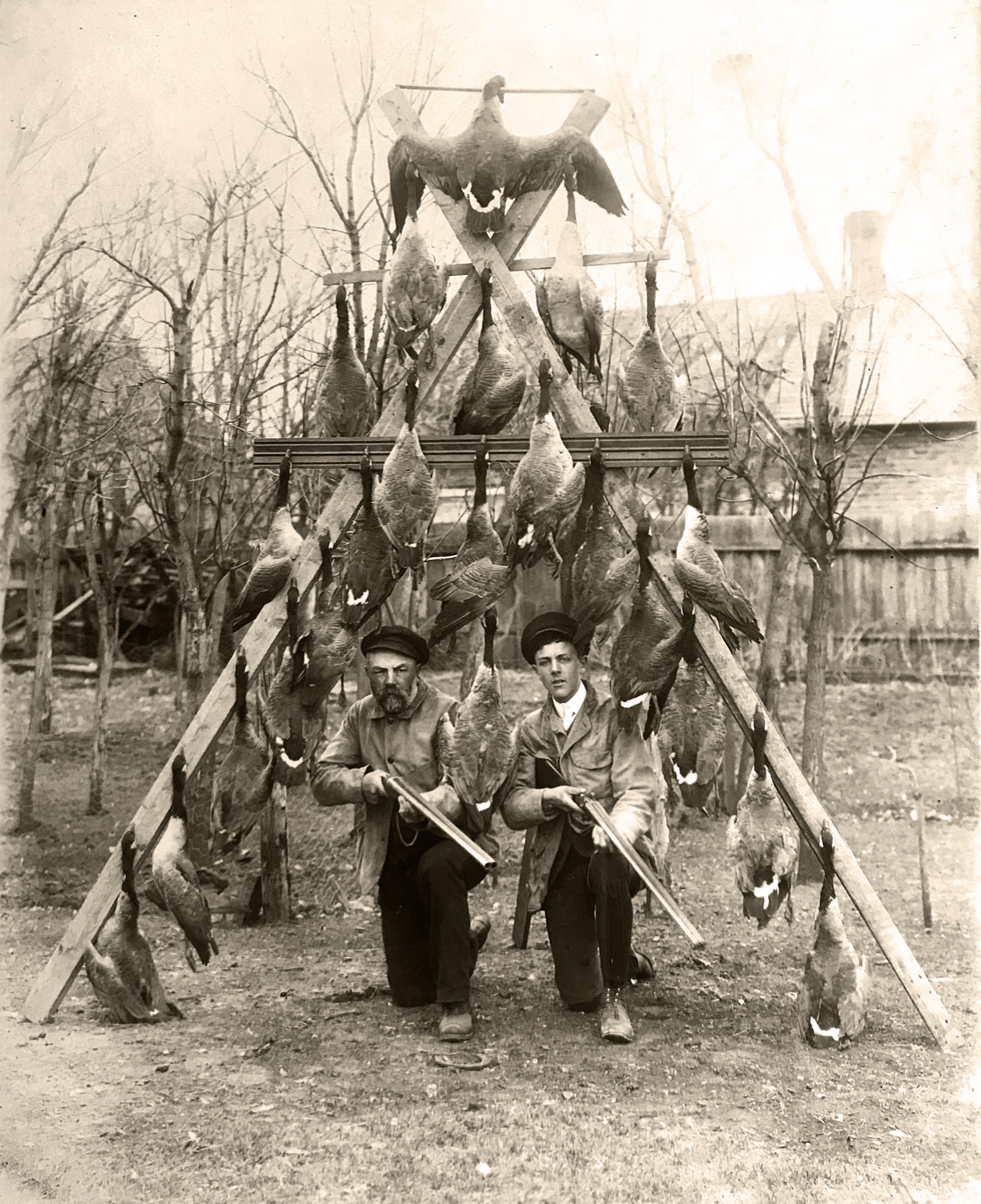