I remember the arrival of our new flag, or more precisely, I remember the nuns hanging one up in our kindergarten class. I knew it was our new flag because I had heard much about it at home, and I was enthusiastically determined to make it clear to everyone that morning that I knew what it was. The sisters at Joan of Arc school were not, however, fans of determined enthusiasm.

I’ve always loved our flag. “Pearson’s flag” I overheard it called sometimes back then. For me, the new flag was part of a collision of memories, part of all that momentum Canada seemed to have in the 1960’s: Expo ’67, the new flag, the centennial flame, the new coins, the centennial dollar bill, and Trudeau. All of that and it was a maple leaf – just like my dad’s favourite hockey team. My team too – then because it was dad’s team, and still today because that’s what happens to Leaf fans.

We left Canada in 1969, living abroad for a number of years. It seems to me now that I held onto those memories, to that sense of momentum, and while we lived away this kept anything that was Canadian to my mind, beautiful.

I have to imagine that what I’ve outlined so far is a large part of why I started this project – Canada’s 150th is another. There are other reasons: In the early 2000’s my younger brother became a US citizen. After a time I undertook a series of American flag paintings called “Made in USA” – as a way to think about, express and give visual form to my brother’s decision. In some way, this series was a love letter to him. “Made in USA” is an FTC trademark – to designate that which is entirely made in America. I chose the trademark phrase because he wasn’t – he couldn’t be, in spite of his decision.

“Made in Canada” is, beyond what I’ve said already, a love letter to my family and friends. A love letter to those who are still here and to those who are here no longer. As a metaphor I hope this series transcends simple sentimentality and blind patriotism – our flag is older now, as I am, there is the odd loose thread or stretched seam, nevertheless, it flies still. The rest then is beauty, movement, colour, presence – all that resists measurement – all the other reasons why I chose to make a picture instead of explaining why. 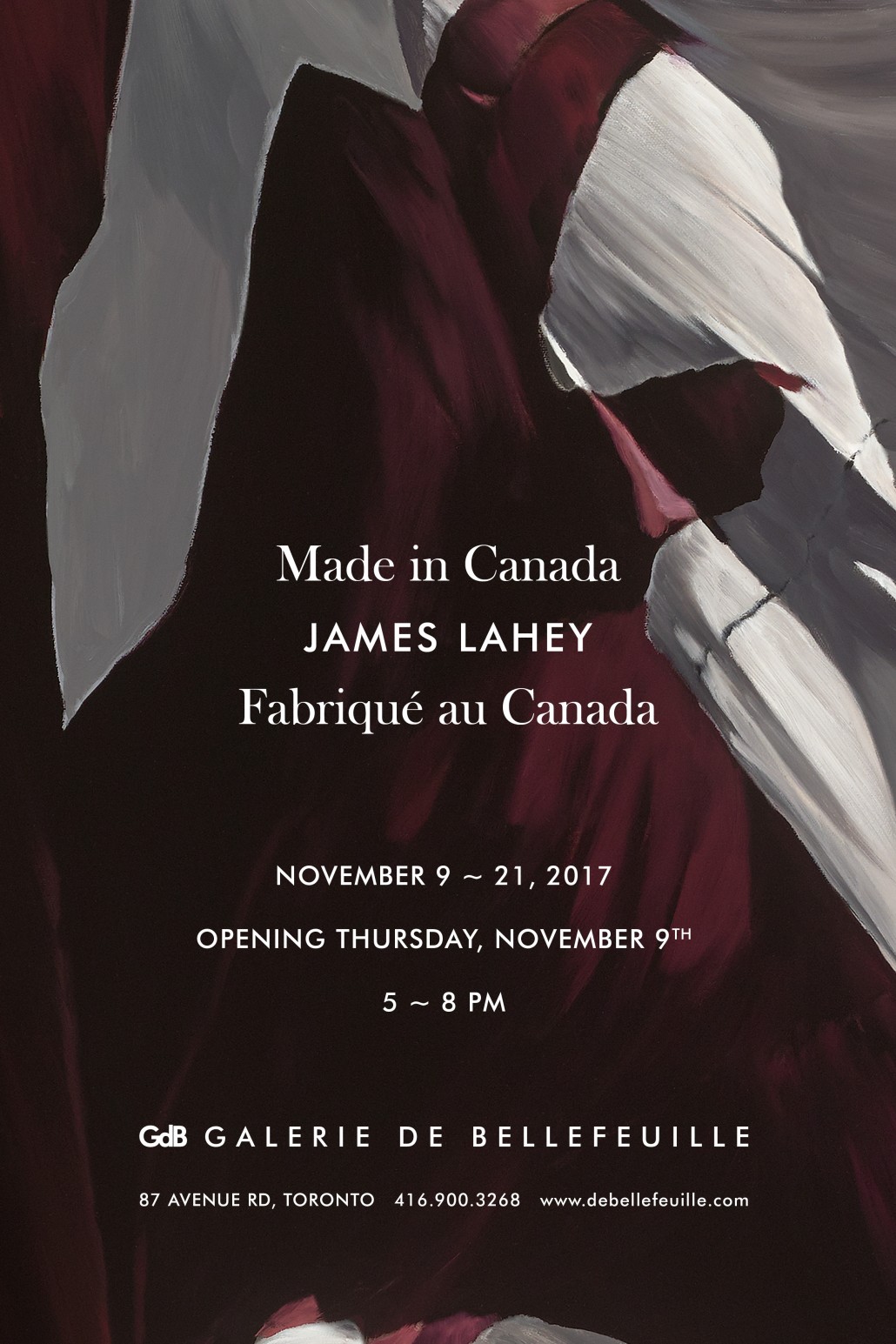 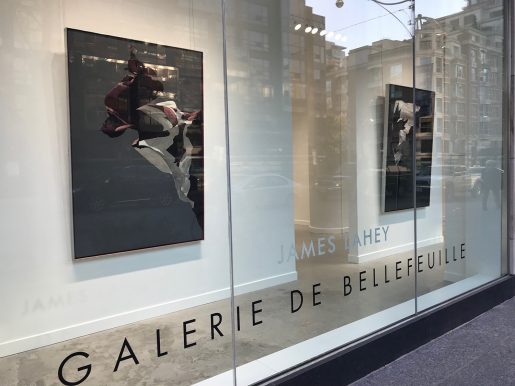 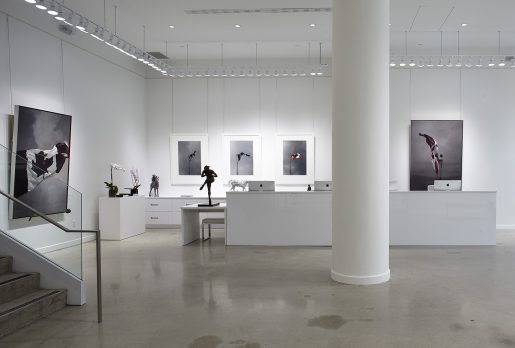 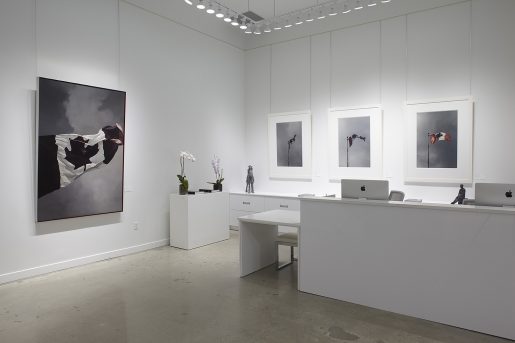 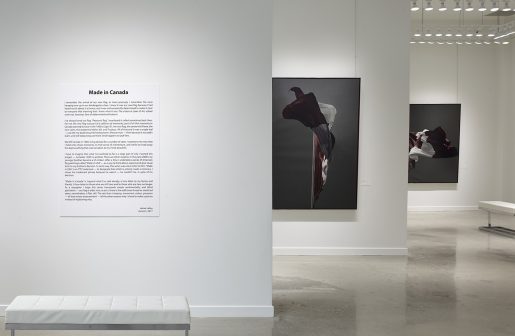 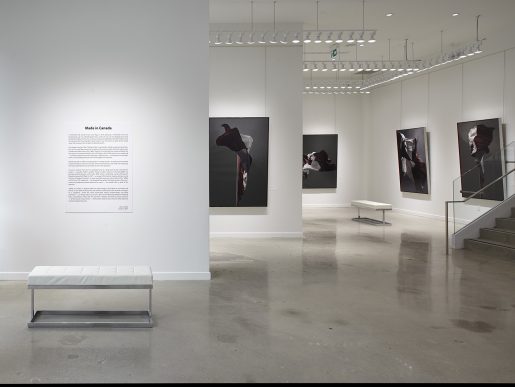 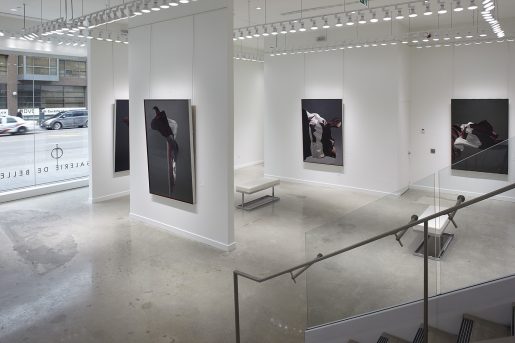 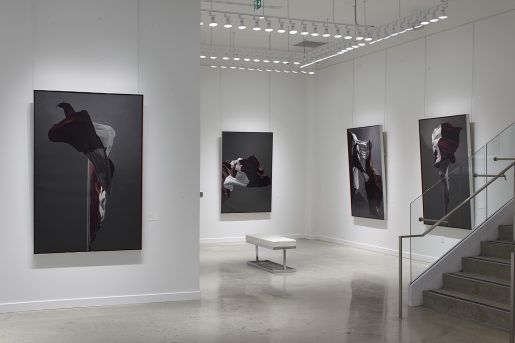 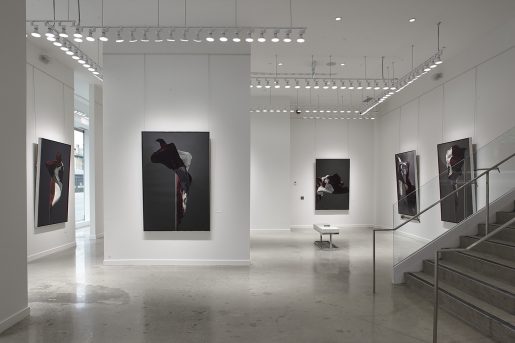 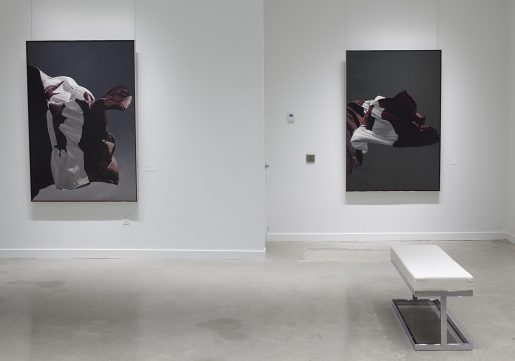 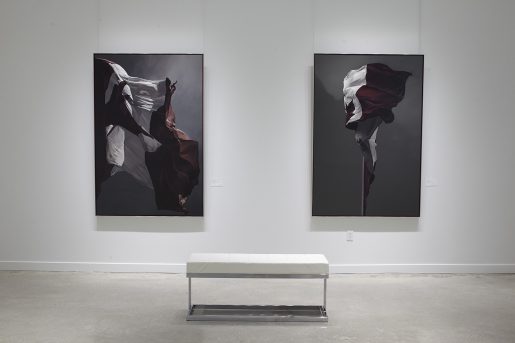 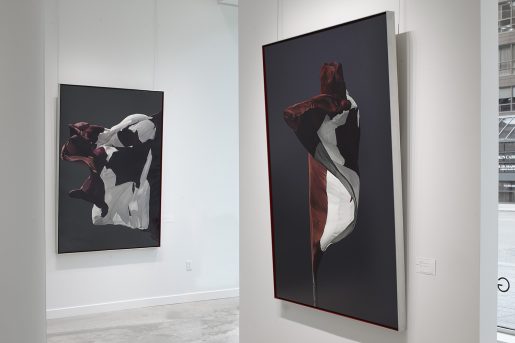 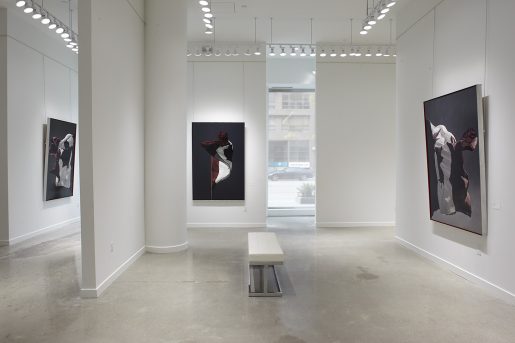 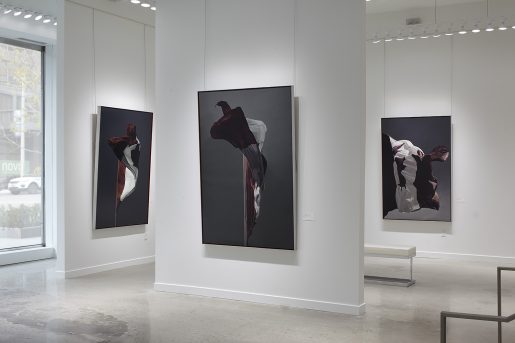 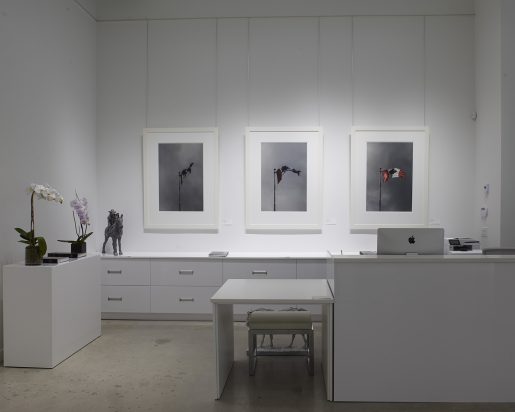 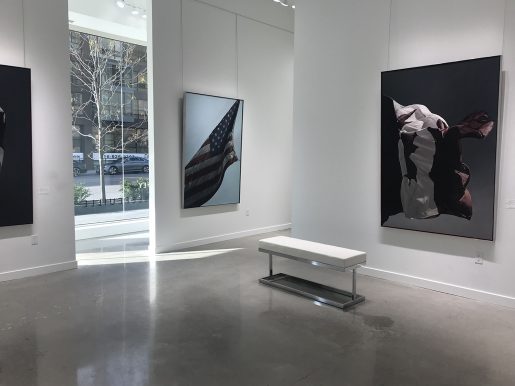 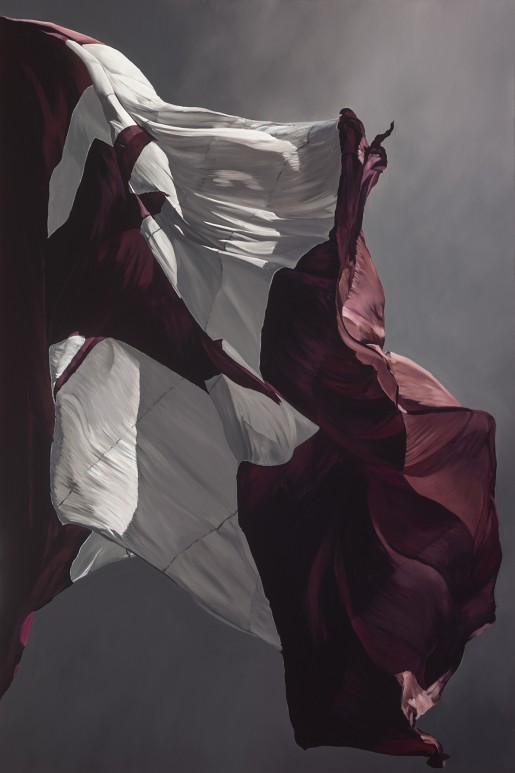 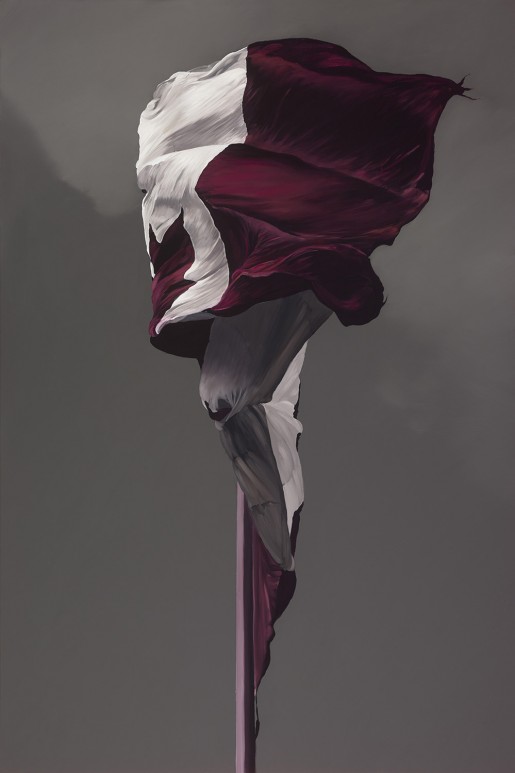 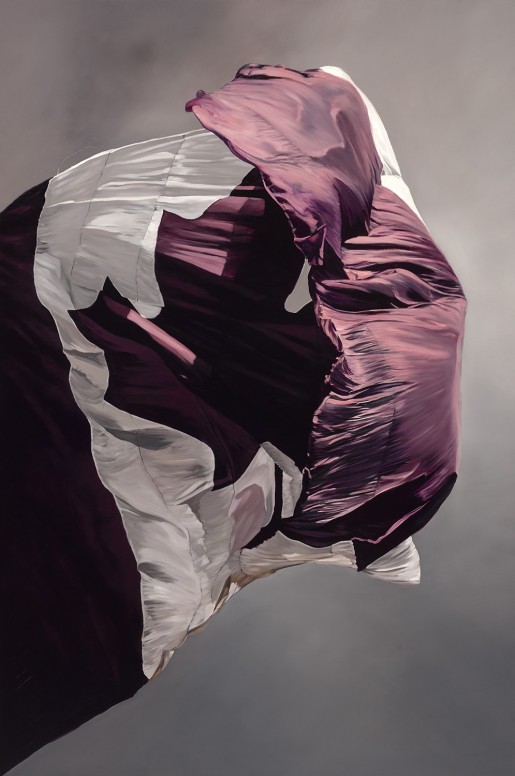 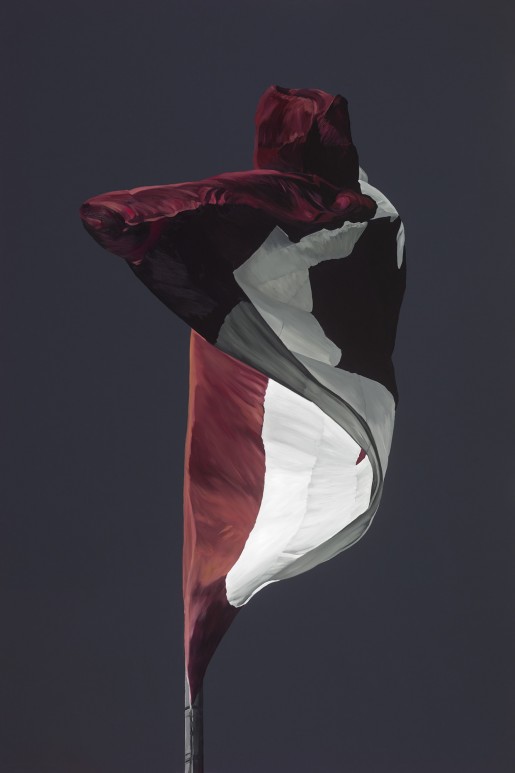 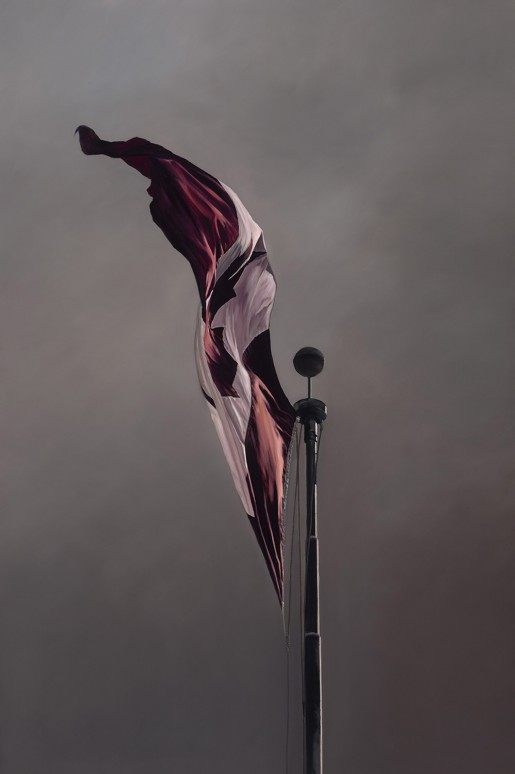 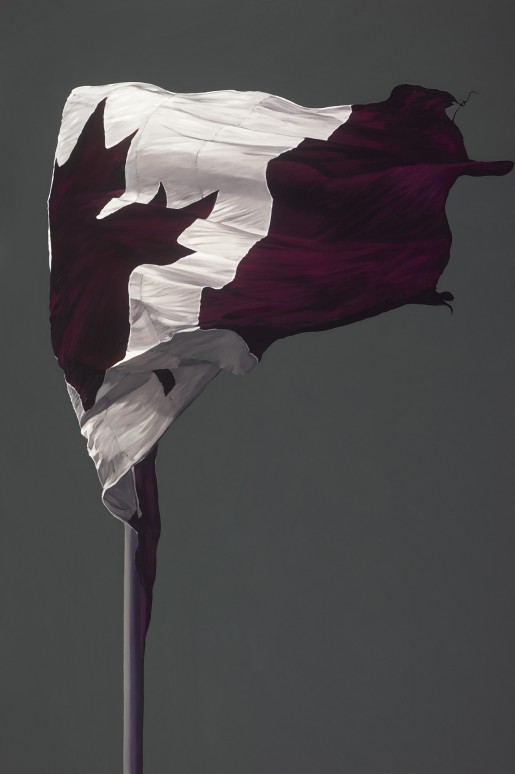 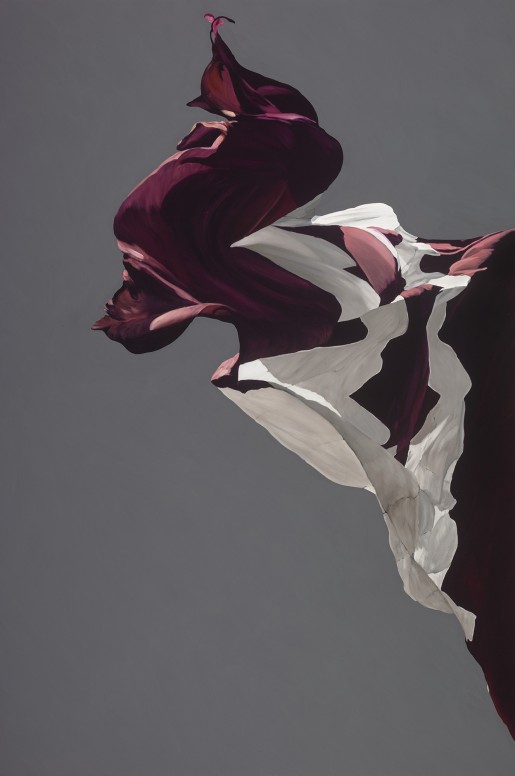 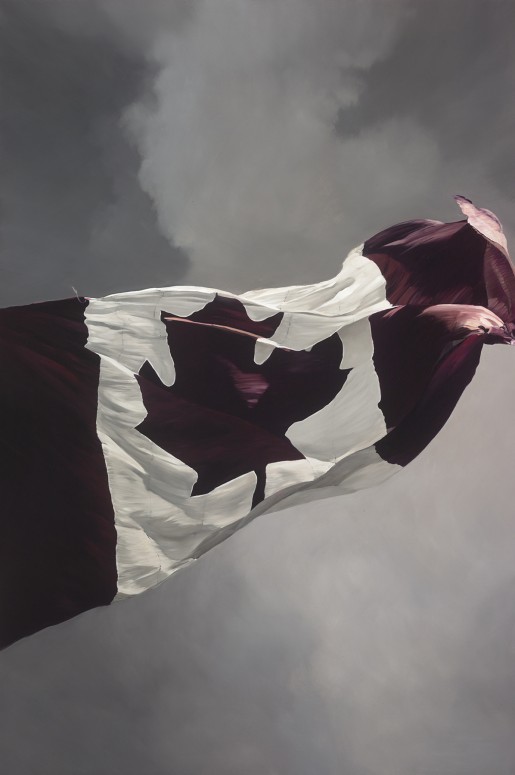 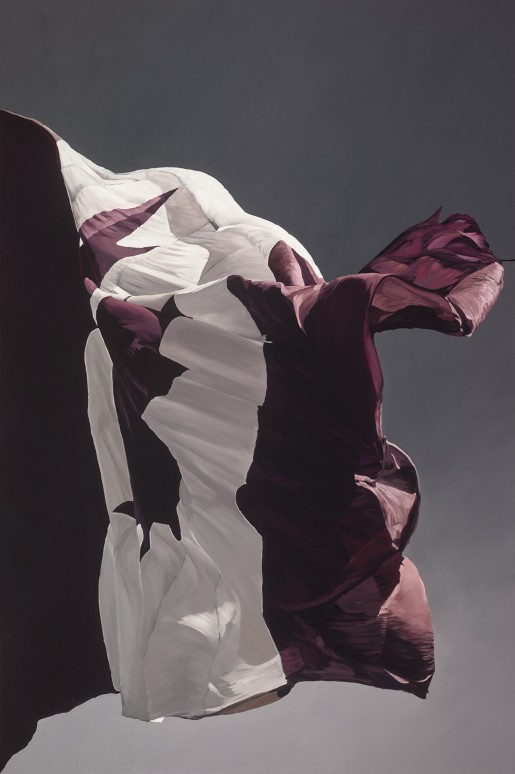 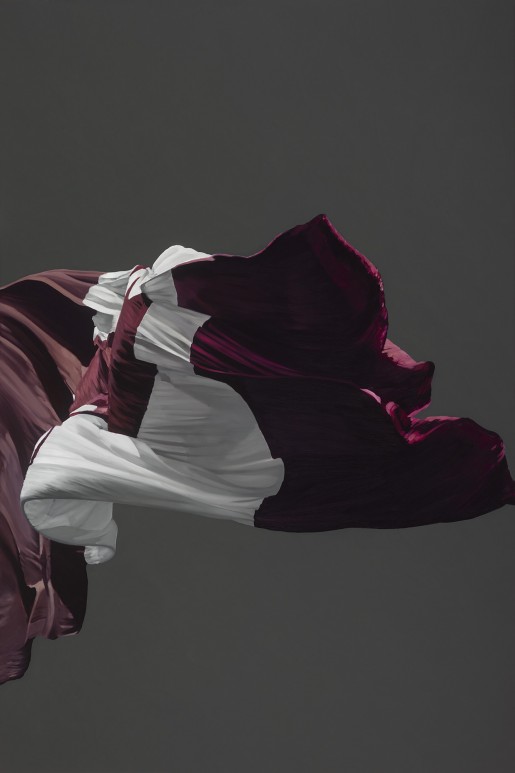